Hi there! I, Daniela (Austria), and Nicole (Switzerland) are just back from USA / GERMANY / UK trips where we attended several Kings Of Leon shows - from San Francisco, USA, to Birmingham, UK. Followers have been asking how it was & what we think ... so read on if you wanna know! We will try to keep the spoilers to a minimum!

Most of all I want to give a major *thumbs up* to everyone involved in the new #WALLS tour production. One can clearly see how much thought, creativity & time went into this. A warm welcome also to Tim & Liam who joined the band as touring musicians! Besides the band ... a special shout out to the whole #KOLcrew & #KOLteam as well as to #Phearcreative ... only to name a few! WE SALUTE YOU!

COME OOOOOON IT CAN'T BE THAT GOOD SURELY?!

Speculations were running wild due to so much talk about *doing things differently* on this tour. But I have to say despite - or maybe because of - having seen #KOL in concert so many times I was really blown away. If you are still undecided to go see a show ... get on it ... you won't be disappointed. Read on to find out details.

DOES THIS MEAN THE BAND IS NOW TOTALLY INTO

Well ... NO ... thank *...* for that ... KOL are known for straight, no fuss rock shows which haven't been received without critisism by some through recent years as they moved on to big arenas & stadiums. While tour production & setup have obviously grown considerably with each album some - even the band hinted at it in parts - kept saying the shows were lacking diversity. Basically that things started to get a little old & too businesslike.

This time reviewers and most importantly the fans seem to agree that the #WALLSTOUR takes it to a whole new level. The #WALLS production finds the perfect balance between flashy elements like a well programmed light show, a variety of cleverly placed, hypnotic video screens and even classic theatrical elements like THE AUSTRIAN while still keeping the main focus on the band themselves. Without stripping them of their straight, no fuss rock credibility the production showcases their skills as a band rather than overshadowing them as often seen with other performers.

With the show split into three different acts & stage setups the element of surprise and awe plays a big part in building the momentum for the grand & final third act where it is time for the light, video, stage engineers to shine as the show is catapulted into a kaleidoscope of visual effects which are definitely a statement on their own. Especially the transition from the second into the third act will make the last, most stubborn, set on NOT having any fun concert goer's jaw drop to the floor for sure.

The V-shaped stage & barrier setup break up that strict, seperating gap between band & audience and creates a certain kind of intimacy that makes long speeches & forced crowd animation unnecessary. Especially during the first act, where the V-shaped stage/barrier is complemented by two large V-shaped video screens behind the band forming a diamond shaped setup, it in fact almost creates a living room like atmosphere.

SO WHAT IS THE BIGGEST DRAW ON THIS TOUR?

While the band really followed through with their promise to shake things up with the #WALLS production the thing that stuck with me the most was how much fun the guys seemed to have. From the first minute of every show we saw on this tour so far they were set on having a good time & this transcended into the audience.

A headbanging #JARED used to be a rarity lately but on this tour we have seen him rocking out & going wild several times (even breaking a sweat maybe :D - not confirmed!). #MATTHEW is using every inch of that stage, roaming around while ripping up his guitar with the biggest smile on his face. #NATHAN, who is naturally mostly stuck behind his - now illuminated ! - drums, deserves a special shout out for soldiering through the US shows of the first leg as soon as he could - even though he was still very sick.

I hate to go along with the usual pattern of making the lead singer the center of the show but I have to admit that it seems to be #CALEB who ventures out of his comfort zone the most. I don't think I have ever seen him that confident as a performer & front man.

From the very personal Muchacho, to the acoustic version of The Runner, where #CALEB faces the crowd all on his own for the first time in the show, to Conversation Piece during which he performs without his guitar, to the stripped down version of #WALLS with just him on stage under a single spotlight ... the crowd was hanging on to his every word.

A special highlight for me also was #COMEBACKSTORY for which #MATT, #JARED and #NATHAN joined #CALEB at the very tip of the stage. For #AROUNDTHEWORLD #CALEB invited members of the #KOLcrew on stage to close out the show which was a cool thing to do - they even seemed to have their own routine & matching touring jackets :D !

I AM A FAN OF THE FIRST/LAST THREE ALBUMS - WILL I ENJOY IT?

Lets start with this: playing the game of trying to create the perfect setlist is a game that one can never win. While featuring 8-9 out of 10 songs from their most recent album #WALLS might seem to be a bold choice I have to say that it totally works for this tour. I myself love their early material but I also admit that it was exciting to hear their new, fresh sound live. And it is rockier than one would expect!

They extended their set to 26/27 songs and by playing without a break or encore the showtime now scratches the 2 hour mark. This leaves plenty of room for some oldies - which they deliver. For all those who still keep whining that they play the older songs slower, that they don't play enough old songs ... jadda jadda jadda. That's how it is. Keep an open mind and you will have a good time ... it is on you!

The live versions of #FINDME, #EYESONYOU and #WASTEAMOMENT totally won me over! I really do think that #WALLS achieved the unexpected ... it built the bridge between old & new sound. I was genuinely surprised about the awesome crowd reaction & singalongs the new songs got in the USA and also in Europe ... from both camps - old & new fans. It gave me goosebumps! The times when people only came for #SEXONFIRE & #USESOMEBODY - or the oldies (!) - are long gone.

A switch seems to have been flipped ... something is different. Maybe because #KOL themselves seem to be much more confident with their new material this time around?

It might sound silly but it makes me incredibly #PROUD as a fan that the new #WALLS production & tour is received so well by the fans. I have seen #KOL ... well ... many times and for me this is by far the best they have ever been. They seem totally commited & now it is up to the crowds to return the favor! I can't wait for the next shows! Where are you seeing them next? 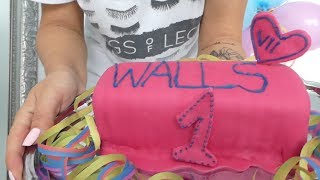 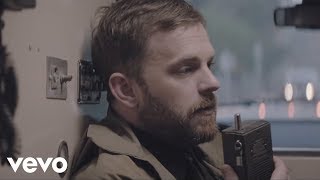 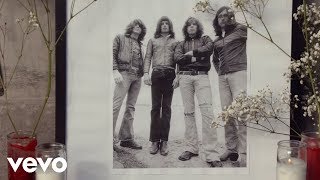 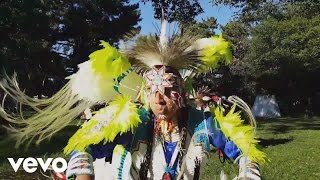 OFFICIAL: Around The World